Culloden Primary Academy is a Paradigm Academy School located in Tower Hamlets supporting a growing population of local children, the majority of whom speak English as a second language. The school teaches children aged between the ages of 3-11.

Faced with an expanding local population and increased demand for school places, Culloden Primary Academy needed to build a new teaching facility to accommodate more pupils. The school wanted to link its existing and new building’s IT infrastructures so that both pupils and staff had a comparable network experience no matter where they were located on the school’s premises.  The new network also needed to be scalable and future-proof, so that it could support 200 desktops and a further 400 laptops/netbooks, with the number of devices likely to increase further in the future. With that in mind Culloden Primary Academy was looking for a 10GB backbone to support both its wired and wireless networks. 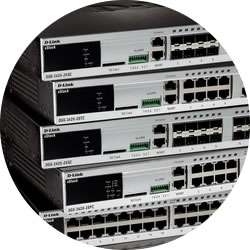 However, one of the problems facing the school was that the distance between the two buildings risked creating a network lag, meaning staff and pupils in the new building would experience significantly longer log-in times than those in the new building. Furthermore, the new building had been built without much consideration with regards to the school’s existing infrastructure: the on-site electricians had decided to connect the two buildings using OM3 fibre which was incompatible with the schools existing network set up.  Culloden only became aware of this problem in late April, meaning it had only a short timescale in which to find a solution as the new network needed to be up and running by September.

Ben Carter, Principal at Culloden Primary Academy said, “We needed to make sure that we could start teaching from day one and could not afford any time lost through the project overrunning. Our network is critical in helping us deliver a great learning experience to our pupils, so we needed a scalable and more importantly a reliable solution. In order to completely overhaul our network infrastructure within this tight timeline, we needed to work with the right provider and get the right advice to make sure we could achieve this in a timely and cost-effective fashion.” 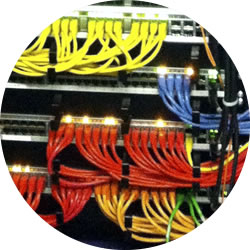 fter evaluating the different vendors and products, Culloden decided to work with D-Link Gold Partner Levett Consultancy after being impressed with the organisations’ experience of delivering networking solutions to the education sector.

Levett Consultancy implemented D-Link’s DGS-3420 X-Stack series of switches (5x DGS-3420-28PC, 8x DGS-3420-52T) across the Culloden Primary Academy new and existing buildings.  This provided the school with a resilient 10-Gigabit backbone with Gigabit uplinks to each classroom.  Furthermore, the new network backbone allowed the school to improve its overall wireless performance and it is now able to use the new switches PoE (Power over Ethernet) capabilities to power its existing wireless Access Points.

The X-Stack switches also came equipped with power-saving technology, as they only use enough electricity for the length of cabling required, thereby reducing power consumption and making them less likely to overheat. This meant that Culloden Primary Academy could boost its green credentials and at the same time achieve better long-term value for money. 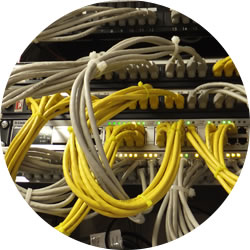 Since implementing the D-Link X-Stack switches, Culloden Primary Academy has benefitted greatly from improved connectivity. The school’s aim of providing a consistent experience between both the old building and new building has been realised with log-in times at both locations being greatly reduced. This has meant that staff and pupils can gain access to resources quicker.

The school can now also manage the network much more effectively using D-Link’s web interface, which has made troubleshooting any network problems a much easier task. For example, loopback detection capabilities have enabled the school to identify when the wrong network cable had been plugged into the wrong port.  In the past, such an occurrence would have taken the whole network down and taken a long time to identify.  Now such problems can be resolved in a matter of minutes. Culloden Primary Academy staff have also taken advantage of D-Link’s free product training sessions to ensure that they are getting maximum value and performance from the new network.

Thanks to our new network we now have a firm foundation to offer enhanced ICT supported learning to our pupils. Levett Consultancy and D-Link delivered the project on time and exceeded our expectations in bringing our network into the 10 Gigabit age. Ben Carter (Principal)